With regions-of-interest to gain insight into participant attention

To measure drink consumption over time

Inputs for the simulation to see how it affects behaviour

CSV Export for everything happening in the simulation formatted for research

"Working with Dusty on our project was great. This was an unusual project and I appreciated his transparency and how straightforward he was throughout the development process -- estimated cost, feasibility, effort involved with implementing certain features, as well as his enthusiasm. The final product exceeds my expectations." 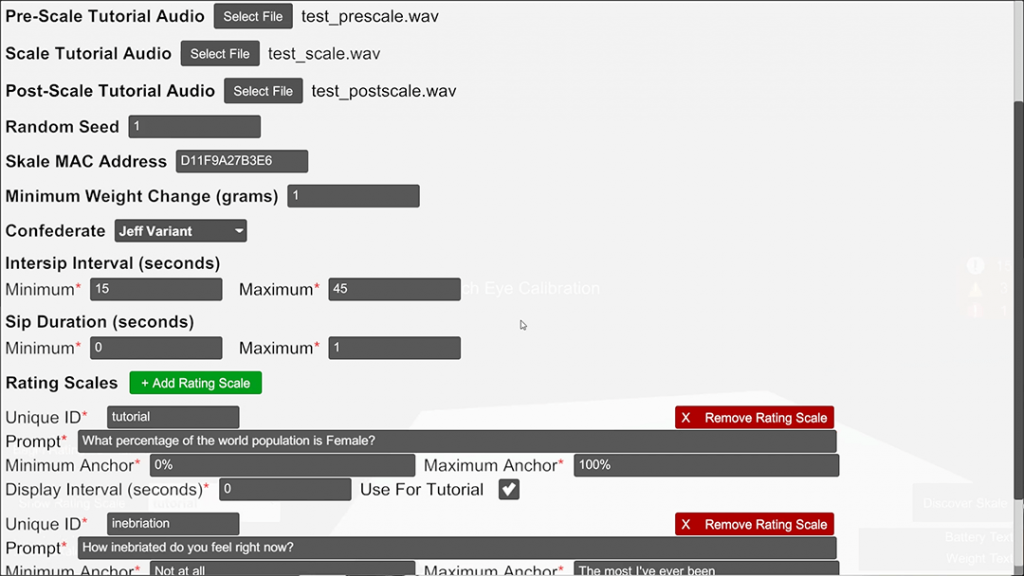 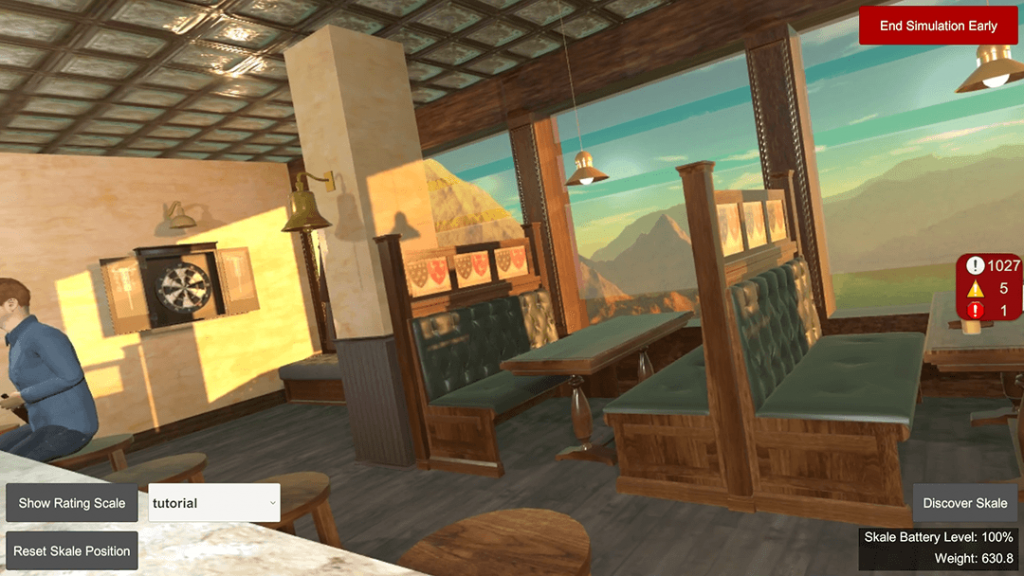 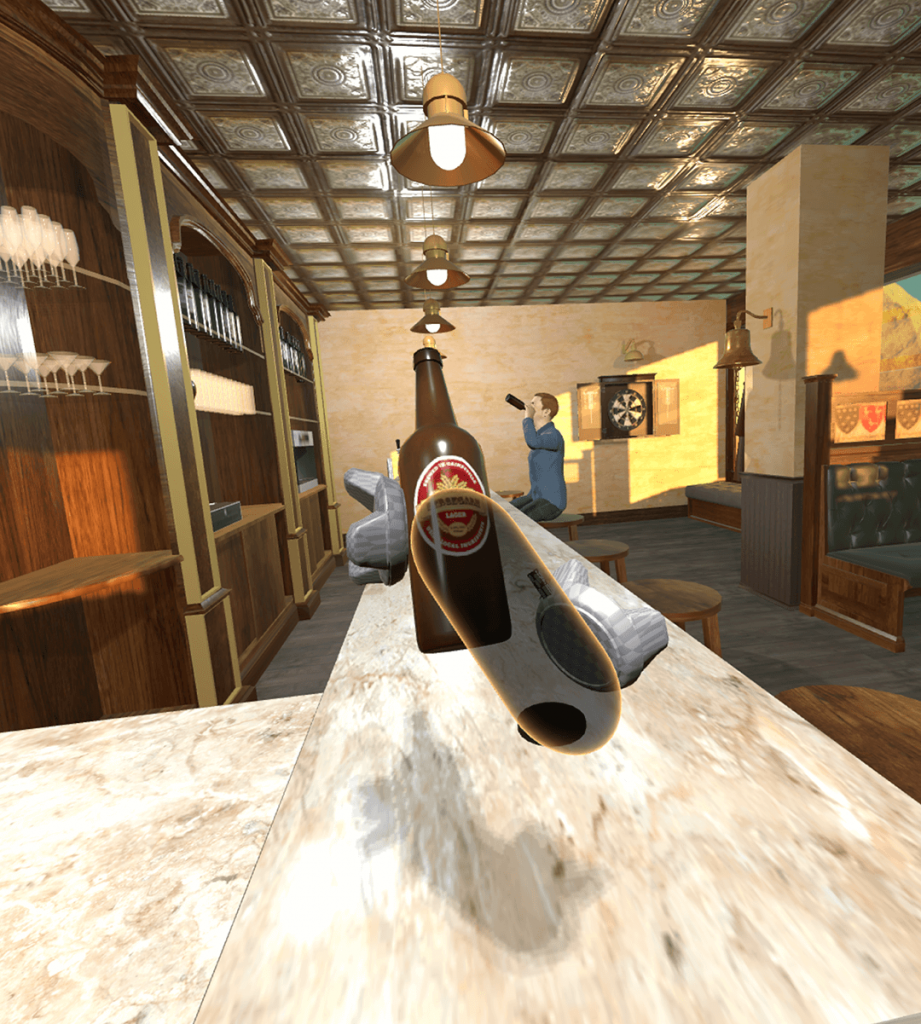 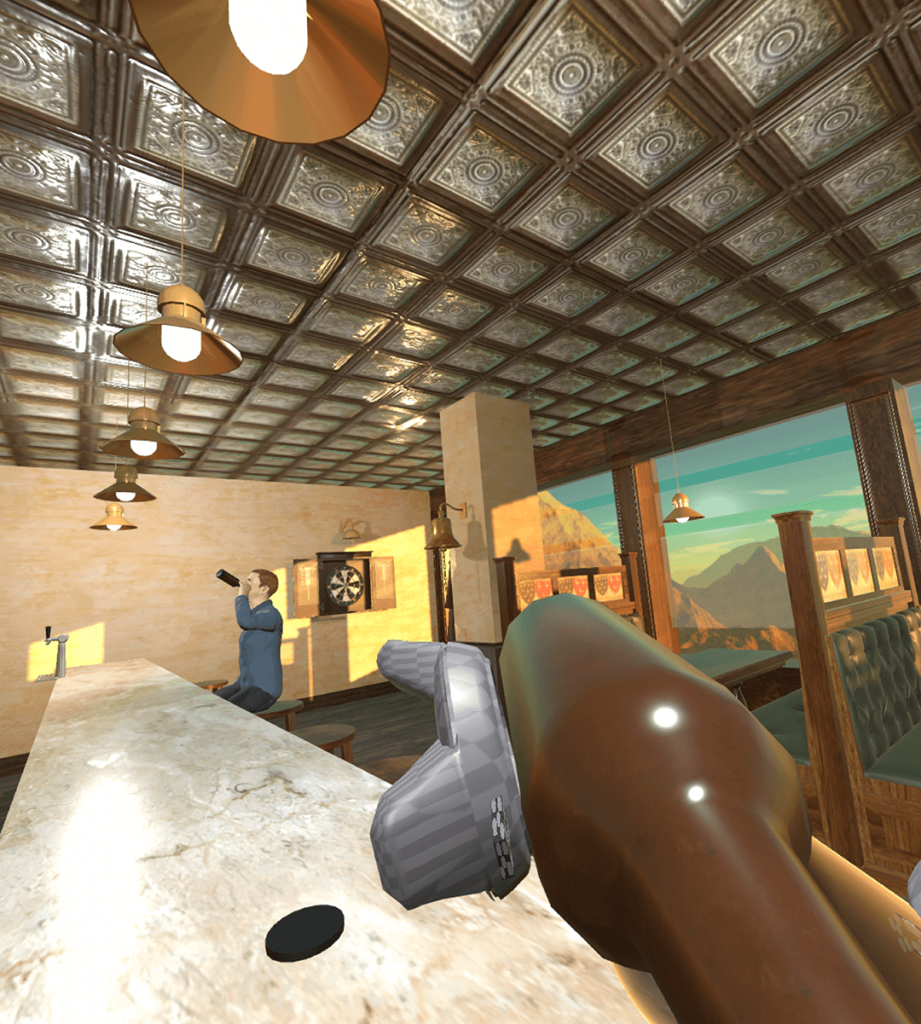 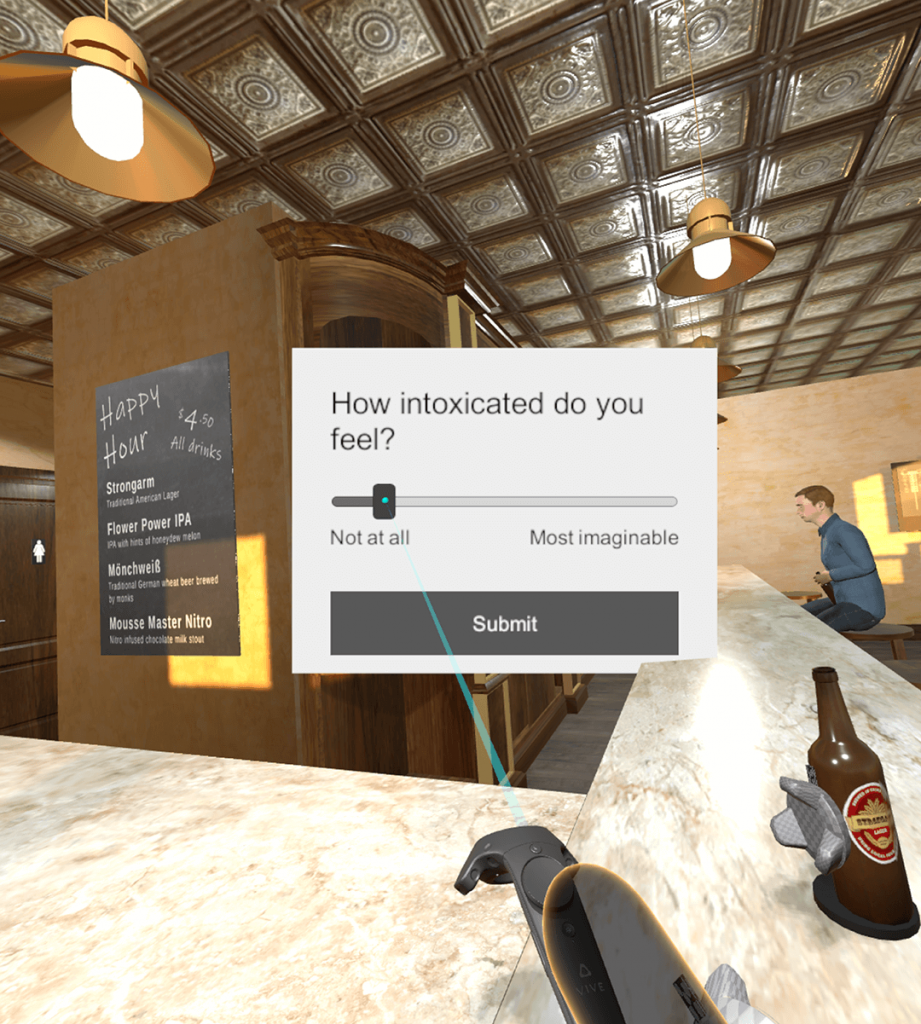 Dust Productions took this project from concept to completion.  After meeting to understand the basic idea (is alcohol consumption affected by virtual confederates?) and requirements, we did research to make hardware and tech recommendations to accomplish the project goals.  We then broke those goals into actionable pieces in a collaborative planning session.  After presenting multiple options for the environment, we moved forward to customize and create what we see today.  After creating the environment, we moved on to implementing basic functionality for the VR hardware and avatar behaviours.  Next up was integrating the bluetooth scale.  From there, we added some menus for controlling and launching the simulation.

At this point, the simulation was tested, and we discovered and resolved some issues.  With this, we achieved our Minimum Viable Product (MVP) on time and below budget.  Because there was still some budget remaining, we were able to work on making improvements and adding nice-to-haves to the simulation.  What we were left with was the single best VR Bar simulation the world has ever known.